Africa continues its progress towards development, the need for swift transportation, which is a catalyst enhancing business opportunities and engineering enterprise, is key. With the seeming northern trend of investments, the need to move from Jo’ burg via Accra to Casablanca in the safest, fastest and most comfortable means cannot be over-emphasized.

Africa’s emerging market stimulate enterprise is on a daily basis, with business men and women, as well as foreign investors commuting from North to South on the continent. Investors need CEOs shuttling between Lagos and Nairobi in double quick time closing deals, forming mergers and making acquisitions of interest. Thus, thee fastest option is Air travel.

Aviation is a major catalyst engineering growth in Africa’s tourism industry and Africa’s top airlines are left with the task of transporting tourists and businessmen – the ones without private jets – to and fro the length and breadth of the continent. Running an airline is a 24hr job and the need for quality service delivery is pertinent. It requires the proper facilities, management, motivation and hours upon hours of hard work, preparation and precision. According to Skytrax, there are only five 5-star airlines in the world at the moment.

Although, Africa’s aviation industry is riddled with issues of poor quality standards, inconsistency, ageing fleet of aircrafts et al. Amidst all that, some African airlines have been able to deliver quality service to passengers. Here is a list of the top 10 airlines in Africa: 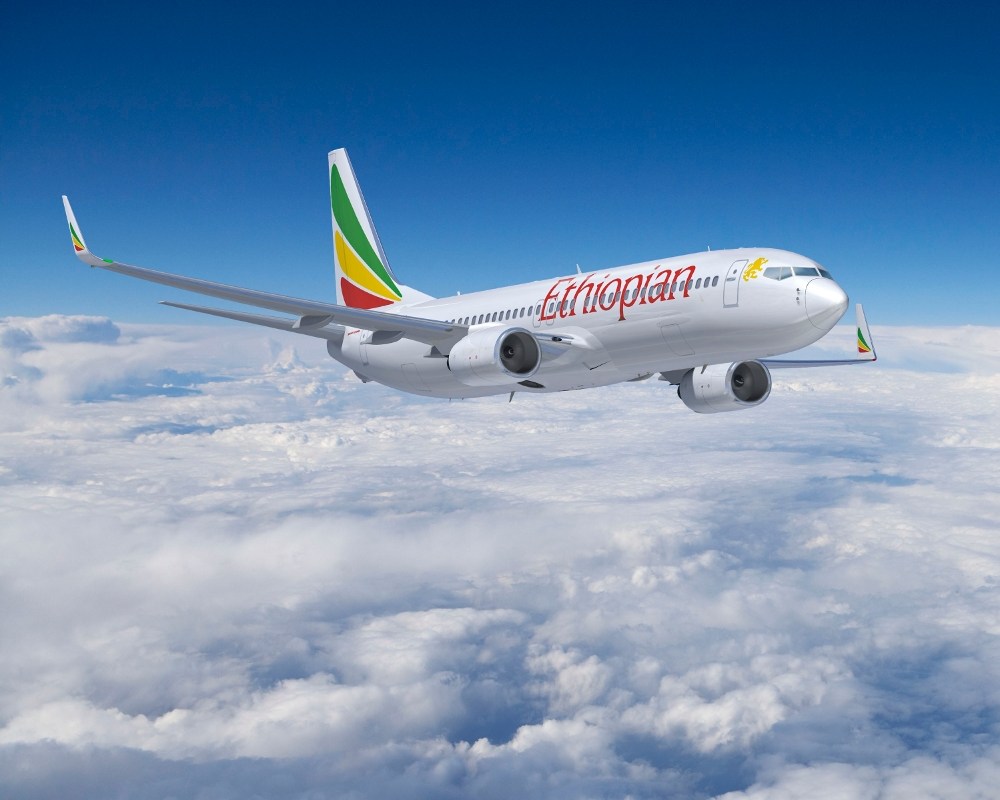 Ethiopia’s flag carrier is wholly owned by the government and was launched in December 1945 and commenced operations on 8 April 1946, expanding to international flights in 1951. The firm became a share company in 1965, and changed its name from Ethiopian Air Lines to Ethiopian Airlines.Its hub and headquarters are at Bole International Airport from where it serves a network of 113 passenger destinations —19 of them domestic— and 35 freighter destinations. Ethiopian flies to more destinations in Africa than any other carrier. It is one of the fastest-growing companies in the industry. It is one of the most profitable airlines in Africa.

A proud member of the Star alliance since December, 2011, Ethiopian Airlines operates with a fleet of 42 passenger and 6 freighter planes and offers services to 62 international and 17 domestic destinations.

In 2010, Ethiopian Airlines was named Africa’s most profitable airline by Air Transport World. Although Ethiopia’s flag carrier recently announced it is cutting cost so it can save up to one billion birr to ward of operational difficulties accruing from an increase in expenditure. It also announced record operating revenues registering a growth of 50.4%. The airline has 3 stars from a five-star ranking criteria by Skytrax. 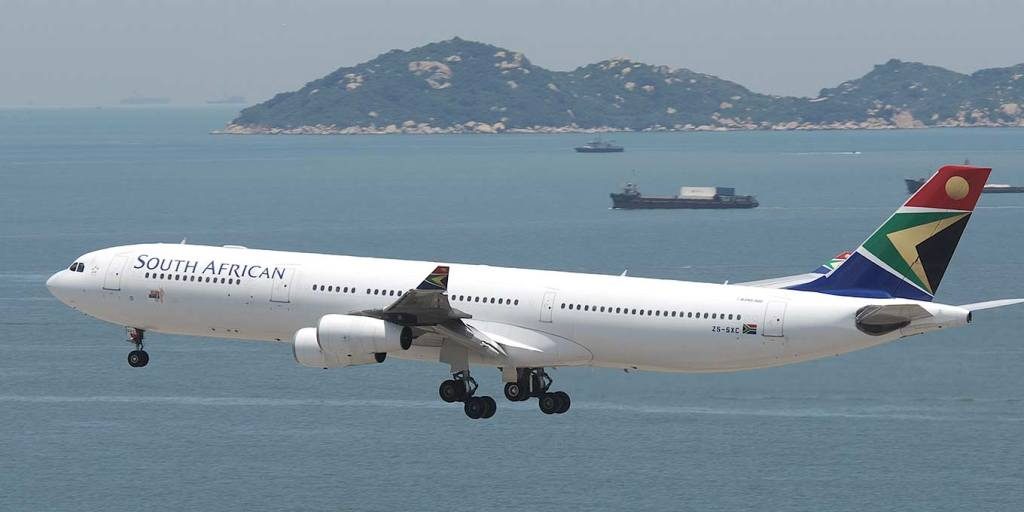 The largest airline in South Africa, South African Airways has its headquarters in Airways Park at OR Tambo International Airport. The airline flies to 56 destinations worldwide, in partnership with SA Express, SA Airlink and its low cost carrier, Mango, within South Africa and across the continent, and nine intercontinental routes from its Johannesburg[5] hub at OR Tambo International Airport, using a fleet of 54 aircraft. Musa Zwane has been acting CEO since November 2015. By 2016 it had 8 525 employees. 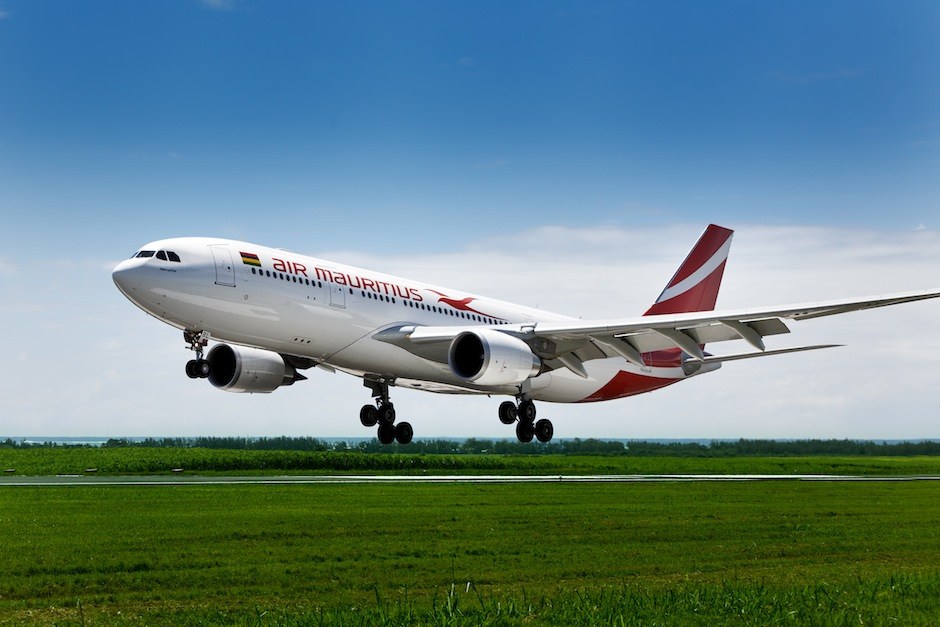 Air Mauritius Limited, operating as Air Mauritius, is the flag carrier airline of Mauritius.The airline is headquartered at the Air Mauritius Centre in Port Louis, Mauritius. Its main hub is Sir Seewoosagur Ramgoolam International Airport. The company is the fourth largest carrier in Sub-Saharan Africa, and has an important standing in the European, African, and Indian Ocean region markets; the airline won the “2011 Indian Ocean Leading Airline Prize”, making it the seventh year in a row for it to win the award.

Air Mauritius has an important standing in the European, African and Indian Ocean regional market; operating just off the southeast coast of Africa, in the Indian Ocean the airline is headquartered at the Air Mauritius Centre, Port Louis, Mauritius. With a fleet size of 12 and operations in 26 destinations, Air Mauritius also performs a range of services for international airlines.

Air Mauritius is regarded as one of the safest airlines in Africa – this was confirmed by Aviation Safety Network as the airline has not suffered any accident or incident leading to fatality. 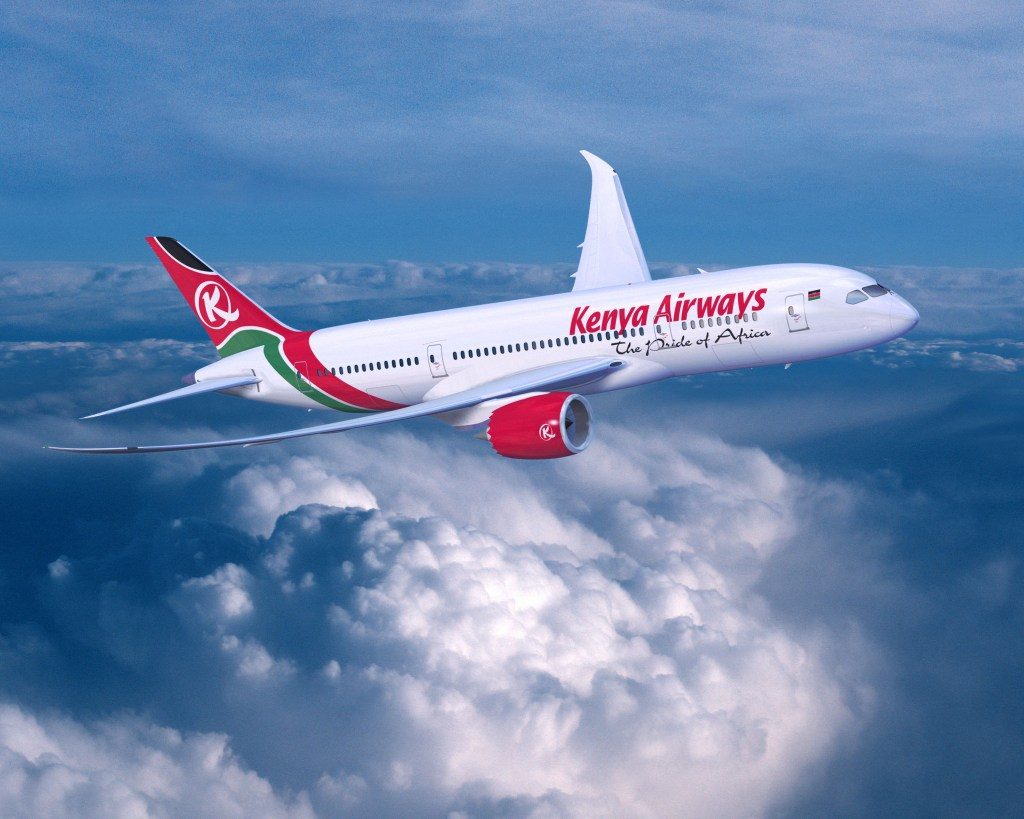 Kenya Airways Ltd., more commonly known as Kenya Airways, is the flag carrier of Kenya. The company was founded in 1977, after the dissolution of East African Airways. The carrier’s head office is located in Embakasi, Nairobi, with its hub at Jomo Kenyatta International Airport.The airline was wholly owned by the Government of Kenya until April 1995, and it was privatised in 1996, becoming the first African flag carrier to successfully do so. Kenya Airways is currently a public-private partnership. The largest shareholder is the Government of Kenya (29.8.%), followed by KLM, which has a 26.73% stake in the company. The rest of the shares are held by private owners; shares are traded on the Nairobi Stock Exchange, the Dar es Salaam Stock Exchange, and the Uganda Securities Exchange.At January 2013 Kenya Airways was considered one of the leading Sub-Saharan operators.It was ranked fourth among the top ten African airlines by seat capacity, behind South African Airways, Ethiopian Airlines and EgyptAir. The airline became a full member of SkyTeam in June 2010, and is also a member of the African Airlines Association since 1977. 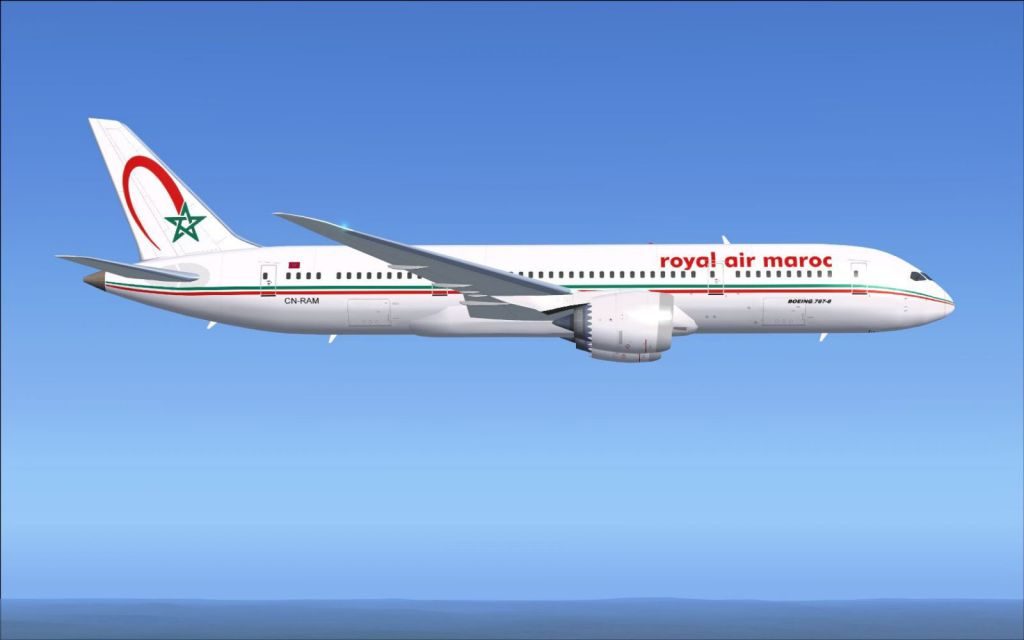 More commonly known as RAM,Royal Air Maroc is the Moroccan national carrier as well as the country’s largest airline. RAM is fully owned by the government of Morocco, and has its headquarters on the grounds of Casablanca-Anfa Airport. From its base at Mohammed V International Airport, the carrier operates a domestic network in Morocco, scheduled international flights to Africa, Asia, Europe, and North and South America, and occasional charter flights that include Hajj services 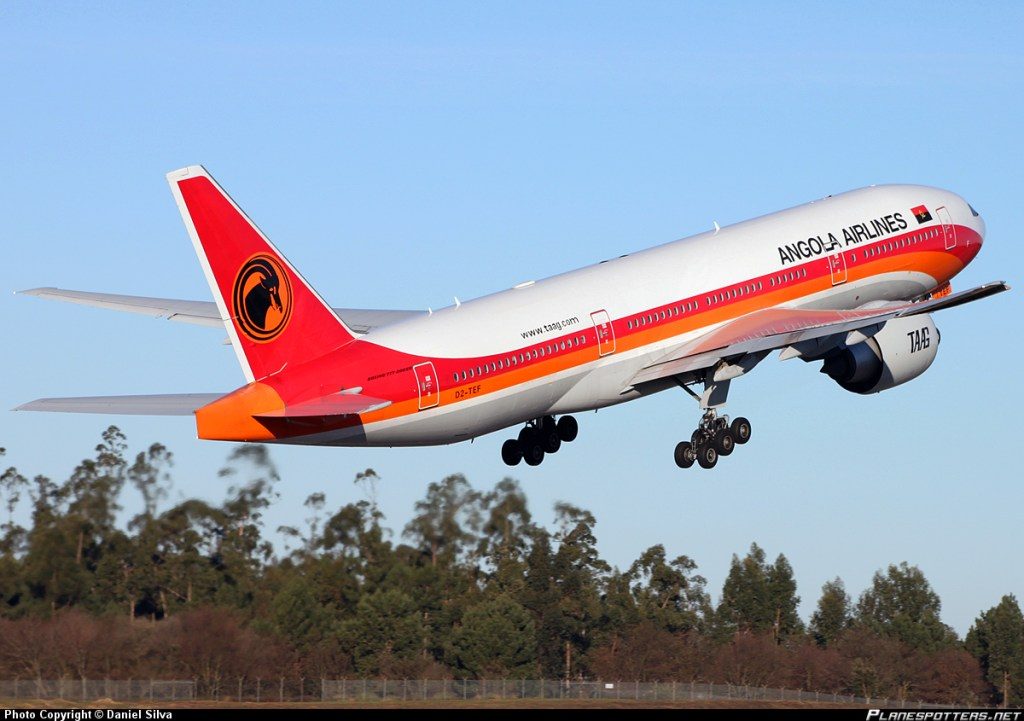 TAAG Angola Airlines E.P. (Portuguese: TAAG Linhas Aéreas de Angola E.P.) is the state-owned national airline of Angola. Based in Luanda, the airline operates an all-Boeing fleet on domestic services within Angola, medium-haul services in Africa and long-haul services to Brazil, Cuba, China and Portugal. The airline was originally set up by the government as DTA – Divisão dos Transportes Aéreos in 1938, rechristened TAAG Angola Airlines in 1973, and gained flag carrier status in 1975. It is now a member of both the International Air Transport Association and the African Airlines Association. 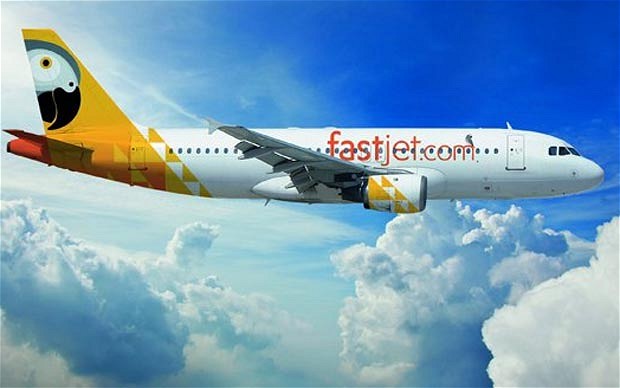 Fastjet Plc (LSE:FJET) is a British-based holding company for a group of low-cost carriers that are, or are expected to be, operating in Africa. The company’s stated aim is to become the continent’s first low-cost, pan-African airline, and the operation was initially created with the acquisition of Fly540, an airline operating in East Africa; flights in Fastjet’s own name commenced in November 2012 in Tanzania.In order to satisfy local ownership and other requirements, the current strategy is to create locally incorporated airlines to operate services using a common branding, operational standards and sales platform.The initial operation is now run as Fastjet Tanzania, and Fastjet Zimbabwe commenced flights in October 2015. Although Fastjet Zambia was at an advanced planning stage, in April 2016 it was announced that progress was being deferred until at least the final quarter of 2016. 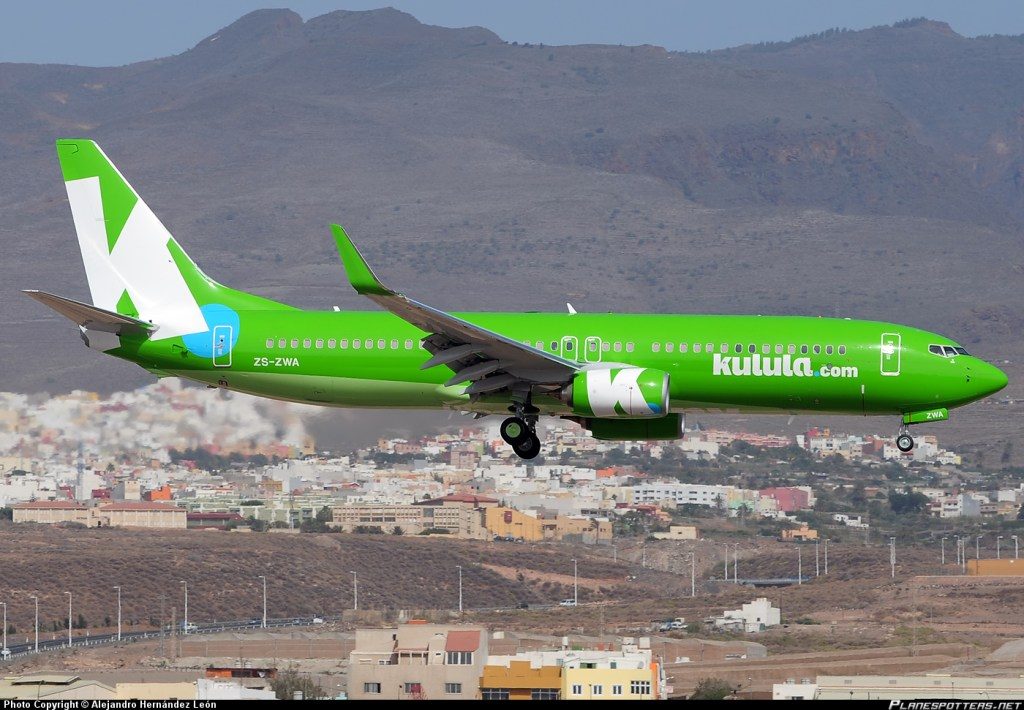 kulula.com, sometimes simply known as kulula, (from the Nguni languages of Zulu and Xhosa, meaning It’s easy) is a South African no-frills airline, operating on major domestic routes from OR Tambo International Airport and Lanseria International Airport, both just outside Johannesburg. The airline’s headquarters are located at Bonaero Park, Kempton Park, Ekurhuleni, Gauteng. 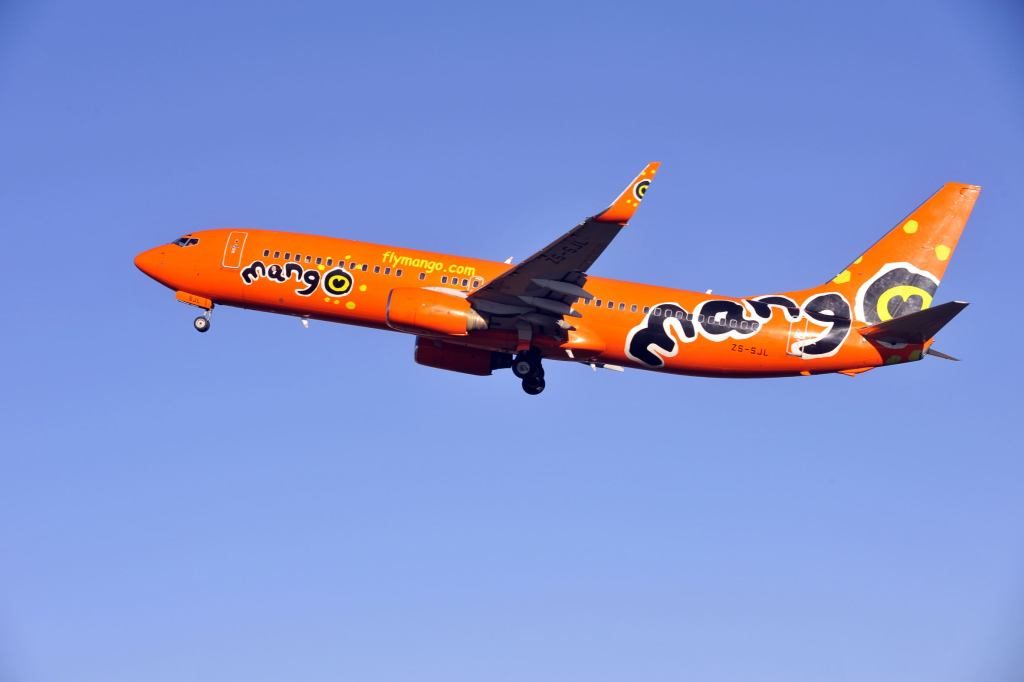 Mango Airlines SOC Ltd, trading as Mango, is a state-owned South African low-cost airline based at OR Tambo International Airport near Johannesburg and a subsidiary of South African Airways.